Cover Reveal!! As promised! Here is the new cover for The Guardians! I love it so much. Once the second cover in the series is redone, I will be posting that one too and then getting them updated on Amazon. Cheers!❤️🖤 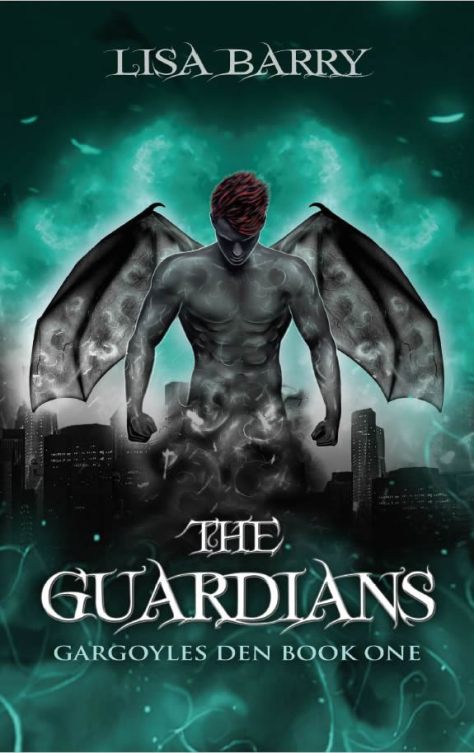 I wrote a “Wild West” short story except my version is set on Mars. 🙂  It has a Gargoyle in it and several other fun creatures! Here’s the blurb on it: 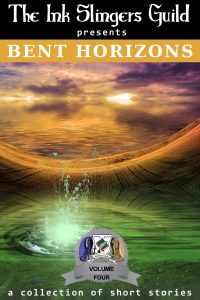 The story can be found in the anthology Bent Horizons along with ten other talented authors. This is a book that my writers group puts out annually.

Check it out here!

I can’t believe I didn’t post this right away – I think I was so shocked that I actually clicked the “Publish” button that I forgot to talk about it. I know some people talk up their releases like crazy but on this one it was more the ‘get it done and up’ and then hurry on to the next one. See, that was Book One. Book Two is about halfway written and when you reach the end of Book One, you’re going to want Book Two pretty quick (at least I sure hope so!) and so I need to work on it NOW.

I was so pleased to be able to call it a done and work on the next thing that it didn’t reach my blog.  So here is it! 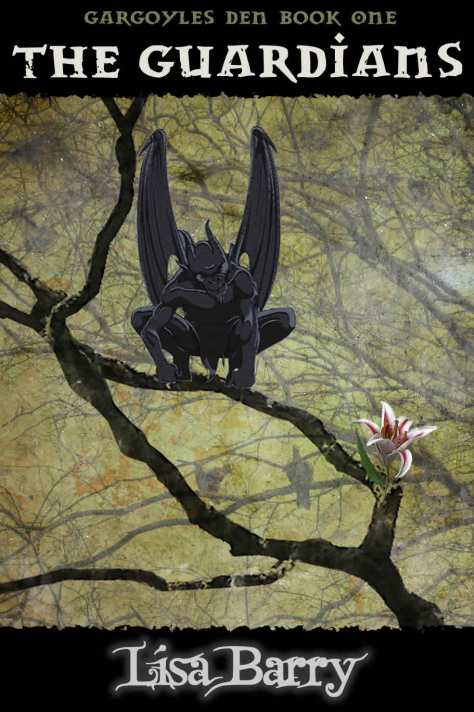 Witching Hour Publishing  is proud to release “The Guardians” Book One of the Gargoyles Den series. Enjoy!

It’s coming…and I’m super exited.  It will be available in the next few weeks!! 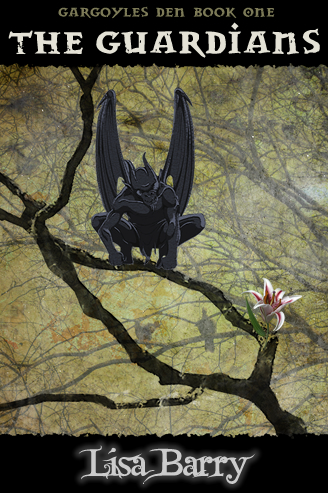 The Guardians by Lisa Barry

I did something last week that I have never done before. I wasn’t drunk. I wasn’t strapped down on a table screaming. I went on my own volition with a smile tucked away for when I was done.

I got my first tattoo.

There are those out there, like me, who have wanted one for a long time but couldn’t or wouldn’t justify the expense. Or perhaps you’re one of those who have ten tattoos already and are eagerly planning out the next one. And then there are those who look disdainfully at such frivolous spending or maybe consider it a debasement of personal property. I believe it’s a personal thing. As I sit here, my mouth curls at the sides and there’s a happy place in me that is satisfied for having finally done it.

My husband and son gave me the tattoo cash for my birthday knowing that I wouldn’t set aside the money myself (I run the finances in the household and there is always something more important or needed!). My husband told me sternly that it was for my tattoo and asked if he needed to hold the cash for me so that I wouldn’t spend it on something sensible, like groceries. I declined, confident that I could hold onto it as though it was a coupon or gift card.

So  I went in search of the person who would lay ink into me, to my standards, and create the friend who would accompany me through life. I already knew what I wanted, had for years. So the first step was done. I started with referrals. Meeting the artist, showing them what I wanted and seeing what they said.

There were quite a few, here’s a highlight:

Tattoo Artist 1: Liked him immediately. Huge guy, reminded me of a teddy bear, beard and all. Looked through his portfolio. Liked his word but found it ‘soft’. Not very many hard edges though a good artist. He wanted $50 to draw what I wanted which would be part of the fee when done. He wouldn’t quote an actual price until he had a drawing. Left thinking he was a possibility but wasn’t thrilled.

Tattoo Artist 2: Referred by a good friend. He was young, was cocky right off the bat. He said the tattoo couldn’t be smaller than ten inches high due to the detail. Quoted $300. Scoffed at a fee to draw it out. He had all of three pictures of each work in a portfolio. Gave me a website to check out. I left feeling slimed. Went to the website when I got home. Page not found. Checked back a few times. No site. Yeah, big fat no.

After other dissatisfying looks around, I did an online search of local tattoo parlors and checked the reviews. I found Lou’s Tattoo’s which I’ve driven by about a million times. They are the first tattoo shop in Florida. I checked out the online portfolios, all were good. But it was Mike’s that caught my eye. The detail, strong lines, clever shading got my attention. I popped down to meet him and liked him right away. Super mellow, happy to chat and loves tattooing more than anything. It’s something he would do do for free if he didn’t have to eat.

I showed him what I wanted and he quoted me $150, no charge for the drawing. He took no notes and told me he’d have a draft in a week and would give me a call. I left knowing he was the one. True to his word, he called six days later. I went to see the drawing. <Smiling sigh> Two tiny changes and it was perfection. I scheduled on the spot.

The tattoo process
I have a high pain tolerance. I was more worried about the placement than any pain that would be experienced. He prepped my skin up with whatever gobbly gook he uses and placed the stencil. After three tries, we had it. My wonderful husband helped me since, the tattoo being on my back, it was rather hard to see. I was getting excited.

It took roughly two hours. Did getting a tattoo hurt? Hells yes. Was it horrible? Did I have to chew up a chunk of wood to keep from screaming? No. You have to think with the fact that someone is dragging a needle through your skin. For anyone who has sewed, you may recall the feeling of stabbing yourself or accidentally gouging out flesh. That gives you an idea. After a bit, you kind of get used to it as weird as that may sound. I’d say there were 4-5 times when I was saying ‘owwww’ in my head. Otherwise it was tolerable. Mike and I chatted through the whole thing mostly about books and movies. He likes fantasy and sci-fi which is right up my alley, he gave me some book recommendations. I took notes on my phone while he happily stabbed me repeatedly.

A friend at work, who has a few tattoos, told me that it would feel like a bad sunburn for a few days than itch like crazy.  A week later, I absolutely agree that it felt like a bad sunburn for a while.  The day after it felt like road rash. The first two nights my sleep was a bit broken as I woke periodically to tenderly turned over. Then I went through a couple of days where when I put lotion on it, small chunks of skin come off and freaked me out. I found out that’s normal, the scab in the healing process. And now, it doesn’t just itch. It itches like fuck. I am smearing lotion on this thing constantly in a steadfast vow not to scratch.

So in a nutshell, the week after, the care and discipline is more challenging than the process itself. Despite all that, I don’t mind. I am thrilled with my new friend: 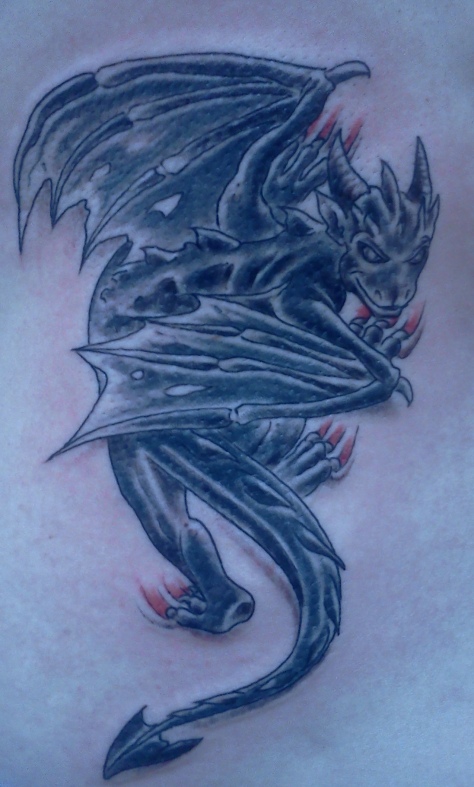 Here is one of my many ‘babies’. 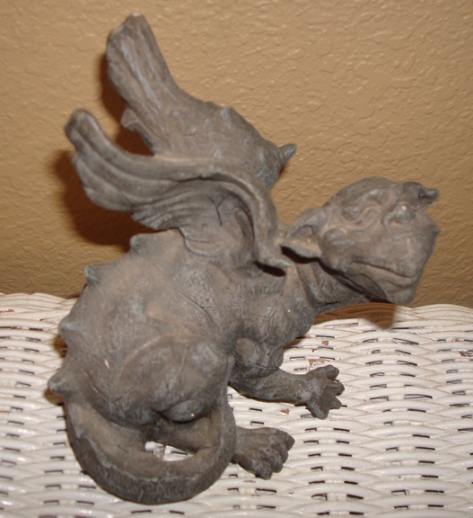 Welcome to The Gargoyles Den!

Besides having a deep admiration of gargoyles (who says they’re not real?), I also love to read and write.  This blog is a place for me to post my random thoughts, experiences and ideas as well as my take on various books I read, movies I see and music I hear.  Since it’s my Gargoyles Den I figure I can do whatever seems right at any moment and not stick to any one thing.

I hope you enjoy reading as much as I will enjoy writing. Cheers!

© 2009-2017 Lisa Barry. Unauthorized use and/or duplication of this material without express and written permission from this blog’s author and/or owner is strictly prohibited. Excerpts and links may be used, provided that full and clear credit is given to Lisa Barry with appropriate and specific direction to the original content. Thank you for understanding!
Loading Comments...
%d bloggers like this: